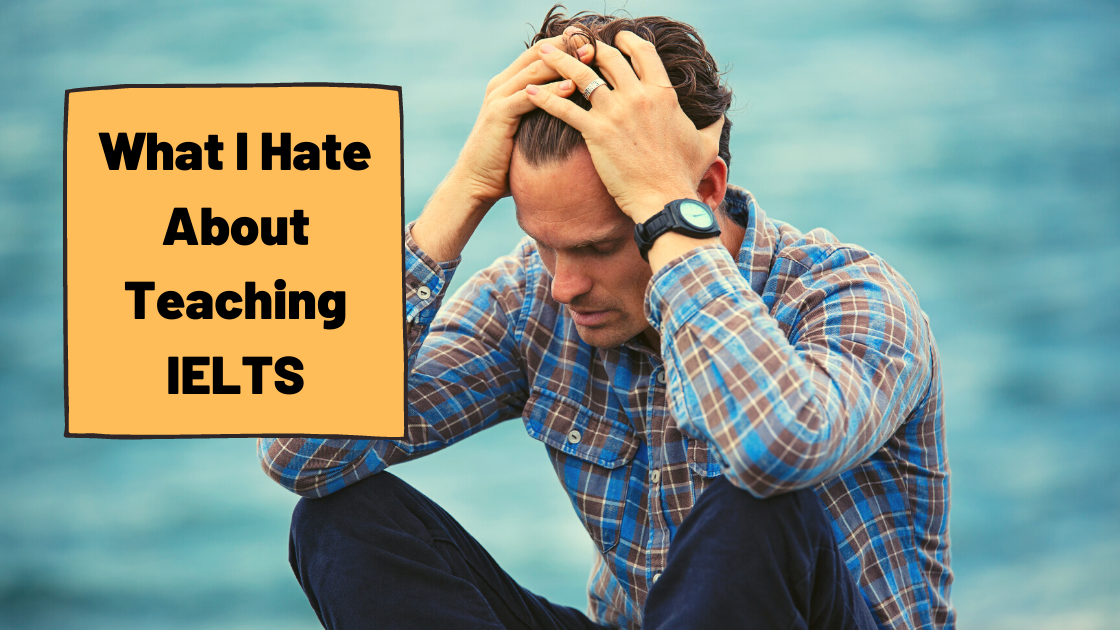 Let me preface this discussion by saying simply that I do not hate teaching IELTS. In fact, I am very happy to be an IELTS teacher and I love helping people to achieve their dreams by getting them through the irritating obstacle course that is passing this exam. However, there are some things that I just absolutely loathe about IELTS and I wanted to share them here.

I have honestly never encountered an industry as toxic as this one. By this, I mean that the IELTS teaching world is filled with an unimaginable amount of copyright theft, lies, scams, and so on. It honestly pains me to see this and yet I have to put up with it on a daily basis.

Here’s an example: Every morning, I open Facebook and moderate my IELTS Speaking Partners group, which is one of the few IELTS groups actually moderated in order to keep out spammers, scammers, and creeps. Alas, every morning I am faced with dozens of these people. They post countless messages attempting to sell fake certificates, leaked questions, and other illegal and unethical things. They simply prey upon desperate and fed-up students.

Then there are IELTS teachers, training schools, and companies. Most of these people cannot speak English well enough to teach IELTS and do not understand the fundamentals of the exam itself. However, they thrive due to a total lack of morality. They make false promises and steal materials from more talented people. It is exhausting just trying to deal with them, and they multiply like rats.

IELTS is a lucrative business and it is easy for people with no morals to set up a website or social media account, steal material from more qualified people, and then build up a huge number of followers. These people don’t care what they share as long as it gets engagement, so they both steal and also spread nonsense, churning out vast quantities of bad advice. Search for an IELTS-related hashtag and you’ll quickly see what I mean. It is a cesspit.

You can see reviews of IELTS websites here, where I call out various ones for copyright theft.

The best part of teaching IELTS is getting to work closely with amazing people from around the world, but sadly that often involves giving them bad news – namely, that they are not going to get a “good” IELTS score any time soon.

I frequently encounter people who have spent years learning English and want to go abroad to work or study, but I can tell immediately that they are a long way from getting the score they want. Whether it is a 7, an 8, or a 9, many of them simply aren’t even close to it and that is a hard thing to say.

In my IELTS writing correction service, I help students improve their essay-writing skills by giving feedback, but this often leads to more frustration because it can take many months to go from, say, a band 6 to a band 7. Along the way, they might move up and down, getting higher scores and then lower scores as they work out errors in the various parts of their language.

It is frustrating both for me and for them to see them struggle. I know they are making progress, but not nearly as fast as they want or need. And I know that when they are capable of getting band 7 in practice, that doesn’t necessarily equate to a band 7 in the real exam. After all, stress is a major factor.

Years ago, I used to tout IELTS as the best English exam. At the time, I was working in China, where cheating is endemic. It is a celebrated part of daily life and people are proud of their ability to beat systems by being sneaky. It is true that it is harder to cheat on the IELTS than any other English test, but that doesn’t mean there aren’t major flaws in it.

A few years ago, I worked with a Pakistani doctor who had lived in London for years and spoke English amazingly well. He was, however, stuck at a band 6.5 for speaking. I could see why he was stuck at that level, but I did not think it was fair. Similarly, I have known people from all around the world whose English communication skills are impeccable… yet they too are stuck at around band 6 or 6.5 for speaking or writing.

The fact is that it is too easy for IELTS examiners to penalise students on trivial matters. It is not as good a judge of ability as some think. To get a band 7 in writing, you need to have a better grasp of English grammar than most native speakers, and that is an outrageous requirement. How many native speakers can properly punctuate a sentence? Not many.

Then there are mistakes even in the exam questions themselves! I have frequently seen errors in grammar in official IELTS materials, including the exam questions. There are questions in the Cambridge IELTS books, for example, that capitalise the word “history” for no reason or have errors in hyphenation. Why are IELTS candidates held to a higher standard than those who make the exams? 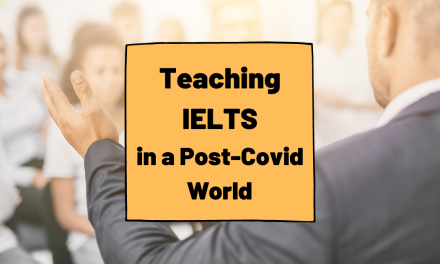 Teaching IELTS in the Post-Covid Era 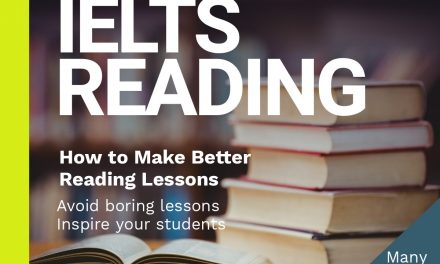 How to Create Good Reading Lessons [for ESL and IELTS]

How to Become an ESL Teacher 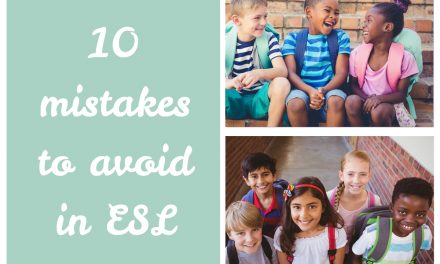 10 Mistakes to avoid in the Classroom [ESL Tips]