Phones in the ESL Classroom: Good or Bad? 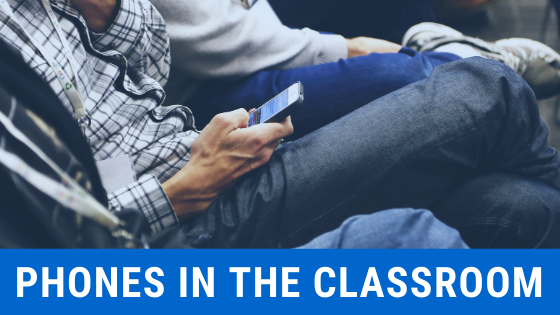 Unless you’re teaching kindergarten, you’re probably more than aware of the difficulties of dealing with phones in the ESL classroom. For the past twenty years, they have been growing steadily in popularity to the point where they are virtually mandatory for teenagers and even many pre-teens. Teachers around the world have had to develop methods of coping.

This article is going to first discuss whether there is a place for phones in the ESL classroom, before then suggesting a few things you can do to deal with the problem. This will include both limiting phone use and also turning them into learning devices.

Although I will present some uses for phones later in this article, I’m going to begin by addressing the obvious: mobile phones are a massive problem in educational facilities around the world. The reasons are numerous but the most important ones are:

Whilst not all students are going to deliberately cheat on a test or come up with an easy answer in class, most of them – young and old – tend to be distracted by the shining, beeping, buzzing thing in their pocket. Who can blame them? I can hardly make it through an episode of my favourite Netflix show without checking Instagram. These devices are built expressly to grab our attention, even at the expense of other, more important things.

I would make a hearty wager that any teacher today knows this very well. Even in my best classes, with my most engaged students, I would look out and see one or two of them (at least!) checking their phones. It is almost a reflex. In many cases, they don’t even know that they are doing it.

Then of course there are those who deliberately do it. Sometimes it is to cheat, or sometimes just to get a word more easily. What is the problem with that last thing? Well, I’ve always found that it’s much better to come up with a word from memory or to think of another way to describe something. When we use our phones as a short-cut, the information does not necessarily stick in our minds.

For all those reasons and more, having your students playing with or checking their phones in class is generally a big problem and something needs to be done to stop it.

How to Get your Students off their Phones

Getting students to stop playing with their mobile phones in class is a truly modern problem. The teachers of yesteryear thought they had it bad shouting at kids to stop talking, passing notes, or chewing gum… They didn’t have to deal with phones, which are by some accounts as addictive as drugs!

When I was teaching at a Chinese university, the school had a strict “no phones” policy in the classroom. Outside every room, there was an assortment of pockets into which students could slip their phones. On the first day of class, everyone put their phones in. A week later, it was totally ignored. The school sent around monitors to check if they were being used, and the monitors were bribed by the students! You simply could not come between the students and their mobiles.

I had a choice to make – enforce this unpopular ban or let the students choose what to do.

You might be surprised that I chose the latter. I probably would not have done this with younger students, but it has always been my belief that university students are adult who have to make their own choices. I am willing to give them guidance, but I will not force them to do anything. When my students played on their phones and ignored me, I did not force them to put the phone away. Instead, I failed them. This is absolutely not acceptable with children, but adults should know better.

Dealing with youngsters requires a firmer hand. University students could resist their phones if they tried hard enough, but middle school students cannot reliably be expected to do this. I would recommend physically taking their phones at the beginning of class and having them safely locked away. If you really, really trust your students, you may want to engage them in some sort of contract with you. This could set out agreements such as:

You may also want to place restrictions on what sort of apps are acceptable in school hours, but this is up to you. Or maybe it isn’t: schools often have their own policies on this matter.

The Educational Value of Mobile Phones

Now we come to the part of the article when it all flips around and I tell you that phones aren’t all that bad. In some cases, they can be pretty darn useful in the classroom, and maybe you can incorporate them as part of a good lesson.

First of all, let’s just admit that phones are a massive part of modern life and they are here to stay. Barring any massive technological shift, phones are going to be in more and more pockets until everyone has one. They are also probably just going to become more addictive and the link between brain and smartphone is going to get narrower. In other words, fighting phones will probably get you nowhere.

As an ESL teacher, you might want to allow your students to use their phones every now and then. I have personally allowed it under certain circumstances in many classes, and I tend to look the other way when students use it without my permission if I know that there is a good reason.

Mobile phones can be used for educational purposes. Think of apps like Duolingo and Memrise… These clearly help people to learn languages. Of course, you don’t want your students to use an app for learning English in lieu of your lessons! However, there are some functions that may supplement your lessons nicely.

I have often asked my students to look up information using their phones. This is great because it allows them to find information that they don’t necessarily have in their own head. Let’s say that you are teaching a business English class and you want the students to pitch a product. Well, why not have them research that product on their phone so that they have a few things to say about it? The English that they use will still be from their own minds, but the facts and figures may come from a webpage.

A few years ago, I ran a great lesson about photographs. It seems that everyone is a photographer nowadays due to the high quality of smartphone cameras. With all my students posting pictures and selfies in their native tongue, I thought they might like to learn those words in English, too. I began the lesson by asking them to look out their favourite photo on their phone, and then to describe it to a partner. The partner would then have to draw the photo from the description, and later they could compare! It was really fun and works at so many different lessons and age groups.

This one is pretty similar, or it can be. I would give my students a pretty simple piece of homework: “Go out and take a photo of a random place in town.” Then, in the next class, I would ask them to share the photo with a group. The group must then discuss where this place is – this allows them to use descriptions of areas and objects. Then, they can tell each other how to get there. The possibilities are limitless!

It is really important that your students get practice with pronunciation. I tell mine that your face is like other muscles – it needs exercise! When they are practicing saying words aloud, they can record themselves speaking and listen back, but there is another dimension to this. In addition to just recording themselves, they can use the camera on their phone to see their lips move. This may seem trivial, but actually it is very useful. Certain sounds in English require the mouth to make shapes that it doesn’t make in other languages, and students can figure out problems by seeing themselves. Of course, a mirror works just as well, but not everyone carries a mirror in their pocket…

Finally, let your students loose with the calculator app that is probably built into their phone. Have them challenge each other to simple maths problems or pronouncing long numbers. It’s easy to type out “1,429,493,225,” but how do you say it aloud? This can turn into a fun game very quickly.

Ok, that was interesting! As you can see, mobile phones are a real problem in ESL classrooms around the world, but they do have some actual uses. Those are just 5 pretty random activities, but there are so many more if you use your imagination. (Or Google, obviously.) If I had to offer one last piece of advice, I’d say this: Limit the amount that your students use their phones, but allow them to occasionally use them for educational purposes. Just make sure to keep a close eye on them, especially if you have a big group. 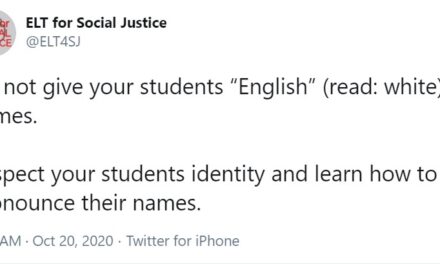 ESL Students and English Names – Is it Racist? 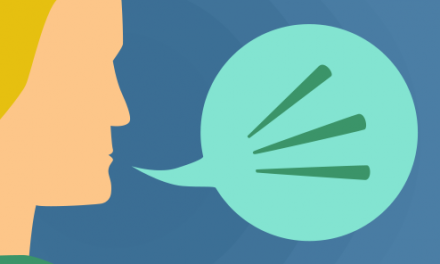 10 Tips for Being an Amazing Online IELTS Tutor