How to Learn English Grammar so you can Teach it 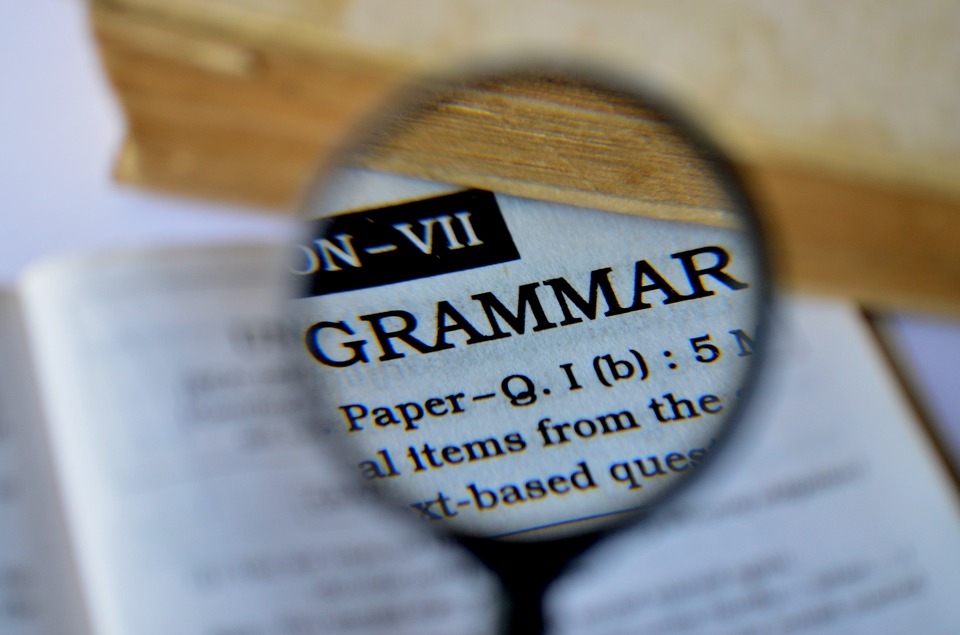 Back in 2003, I enrolled at university and began four wonderful years as a student. I loved it. My studies ranged from American History to English Literature, and I even took a few modules in Geography, which had been a favourite of mine since childhood. My major, however, was English. I remember the first days of classes. It was so exciting and yet also a little scary. But I had always excelled in English, and so I was quietly confident. I looked forward to years of learning new things. 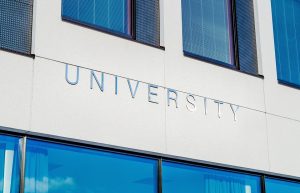 Did you learn grammar for university?

In one of the very first classes, we were exploring a poem and our tutor asked us about a part of speech. My initial thought was: “What’s a part of speech?” Sure, I was vaguely aware of nouns and verbs from having studied French in high school, but I was rather dumbfounded.

The tutor looked at us in shock. She asked a few more questions – simple ones – about tenses. We had no idea. None of us knew what she was talking about.

“Didn’t you learn grammar at school?” she asked.

We all shook our heads. We had all gone through nearly twenty years of life without learning the first thing about grammar.

Do you need to know grammar well to teach ESL?

Despite feeling embarrassed that day in 2003, I didn’t actually go off and learn any rules of grammar. What I did do was continue studying literature over four fascinating years, and develop my own writing skills to the point where I could write a damn fine essay, and even convince myself that I was destined to be a famous novelist. 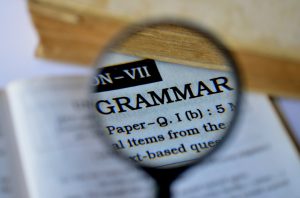 How did I do all that with no knowledge of grammar?!

The thing about language is that we all know the rules of grammar for our native tongue… at least to some extent. We are brought up hearing our native language spoken and reading books written in that language. We can reproduce what we read and hear easily. This is, after all, what we’ve been doing since childhood.

Look at these sentences and tell me which one is correct:

The first one is correct, right?

Years ago, I would’ve probably said, “It just is. I know it.” I couldn’t have articulated the reasons for its correctness, or indeed the reasons why the second sentence sounds so damn weird.

(The answer, by the way, is adjective order. There is a somewhat strict sequence in which adjectives can be placed before a noun.)

Back when I was called “David Teacher”

Do you really need to know these sorts of grammatical rules in order to teach ESL? Not really, although obviously it helps. Mostly it depends who you are teaching. I taught English for three years in South Korea and my three-, four-, and five-year old students never asked me to explain the reasons for using the future present continuous, or what kind of clauses can be separated by a semi-colon. I played games with them, read them stories, checked that they knew the alphabet, and helped them pronounce “apple” and “book”.

In 2010, when I moved to China and began lecturing at a university, grammar suddenly became more important. My students never asked me to explain a complex rule and I was never ordered to teach a lesson on adverbial clauses, but all of a sudden the textbooks contained exercises on constructions I couldn’t previously have identified.

Immediately, I felt like I did in 2003, being asked how I possibly got to university without knowing learned any grammar. This time, though, it was worse. I felt like a fraud because now I wasn’t the student; I was the teacher! At twenty-five years old, I was teaching English to university students, and I didn’t know the first thing about grammar.

How can I learn grammar in order to teach it?

In early 2011, the Chinese government began requiring slightly more qualifications from the “foreign experts” who came to teach there. Previously, you had needed just a BA from a university in the UK or USA, but now they wanted some sort of teaching certificate, too. My bosses told me to get a TEFL certificate, and so I signed up for a cheap but reputable TEFL course that was conducted entirely online.

It was a revelation. I had been teaching for years, but suddenly I learned so much that I didn’t previously know. What I learned wasn’t just about teaching theory, but also English grammar. The company sent me numerous PDF documents and they were genuinely helpful. Although I’d more or less expected to sit the course and get the certificate, I actually learned a great deal.

What I found was that this knowledge of grammar helped me become a much better teacher… and also a better writer. (Two years later, I published my most successful book, Scientologist! William S. Burroughs and the ‘Weird Cult’.) My knowledge of grammar, whilst still fairly basic, was no longer just based on the feeling that something was right or wrong; I know had a grasp on the rules of the language.

The course I sat was very basic, and that was useful for me. It is tempting to say, “I’m a native speaker – just give me the knowledge and I’ll figure it out!” but actually it is important to go back and start from the beginning, too. The PDFs I studied from broke down the English tenses into past, present, and future, and from there into simple, perfect, continuous, and perfect continuous. It was easy to digest.

Once you start thinking about grammar in terms of rules, you begin codifying it yourself to some extent. When you read and write, you think not in terms of words just slotting together because they sound right, but as adverbs modifying verbs and adjectives expanding upon nouns. You begin to second-guess yourself. It is actually a bit frightening, and you start to wonder if maybe you’re getting worse at writing, but what’s happening is that you’re just thinking more about the language you use.

How much grammar do you really need to know to teach ESL? 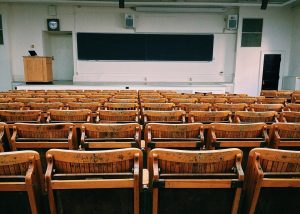 It can be nerve-wracking to stand at the front of a class and teach grammar.

My teaching became far better in the months and years after doing my TEFL course, but I was far from knowledgeable about grammar. If I ever had a student come up and ask me a difficult question, I would have been at a loss.

But the thing is, once I knew the basics, I could actually teach grammar pretty well. This is because you only really need to know enough to learn what you’re about to teach. You don’t need to be an expert on the language; you just need to know what you have to teach that day. Let me explain:

I remember a lesson I taught back in 2012. The subject was passive voice, and a week earlier I simply had no idea what that meant. The textbook said that was the lesson of the day, though, and so I went and read up on the passive voice. I looked at the teacher’s guide and searched Google for some basic information, and I was able to teach a really useful lesson. By the end of the day, my students could change active sentences into passive ones, and they more or less knew when it was necessary or possible.

These days, I find myself often teaching complex grammar lessons as I work for a far better university and my students are of a much higher ability. I have been teaching a writing course for about five years and yet I still find myself having to read up on the content before the lesson. In fact, I usually read my own articles and books to find out what I have to teach! But perhaps that’s more a comment on my memory than anything else.

I now find grammar quite fascinating, and I’d say my knowledge of it is pretty good. Heck, I even wrote a book on grammar! Here it is:- 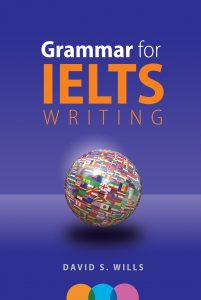 What do you do when your student asks you a question and you don’t know the answer?

I used to be terrified that my students would ask me questions about grammar and I wouldn’t know how to answer them. Back when I first taught university, though, my students were really lazy and didn’t care enough to ask. Nowadays, they often ask me questions. Thankfully, I have learned a lot and can usually answer them, but sometimes their question will stump me.

Each person is going to handle this differently. It is, on the surface, embarrassing. You are in a position as an expert, and you should be able to help them. However, sometimes the worst thing you can do is to jump into a hasty answer.

If student asks you a question in the middle of a lesson, you can tell them to come talk to you later. That gives you time to figure out the answer and how to explain it. If you think it is important for the class, you can explain it to everyone after some time. Don’t be afraid to say something like, “Let me think about that for a few minutes.” You students will appreciate a careful, correct answer more than a hasty cover up.

Sometimes you have to be honest and say, “I don’t know,” but the important thing is to then add, “But I’ll find out for you.” This always seems embarrassing at first, but the student will almost certainly appreciate your honesty and effort.

I have a precocious young man in one of my classes at the moment and he always comes to me in the break with questions about grammar. I usually look at the problem, think about it for a few seconds, and then attempt to carefully explain it in a way he will understand. However, if I am unsure, I tell him to leave it with me, and then think about it for a while. If it really was a very difficult question, I might take it home with me and Google it, or even ask someone more knowledgeable than myself.

What are the best grammar resources for ESL teachers?

I learned a lot through my TEFL course, and even more through a CELTA course many years later. In CELTA, they recommend a book called Practical English Usage, which is quite helpful, but works best as a reference resource. It is too tense to sit and read in its entirety.

Prior to taking the CELTA, I was again feeling a little nervous about my grammar abilities, and just went on YouTube for an hour each night. I watched countless videos about the rules of grammar, and made notes. I learned a hell of a lot! For me, seeing the videos was more helpful than reading any book or online article, but that’s maybe just my personal preference.

I’ve also learned a lot over the years by just teaching. Your coursebooks and other resources are filled with all sorts of valuable information. I try to supplement them with materials I find online. Some of the best are: 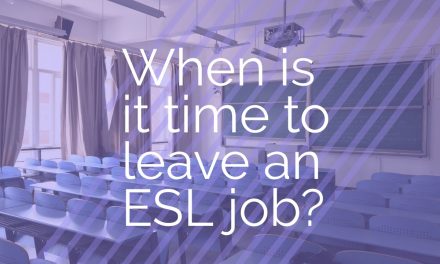 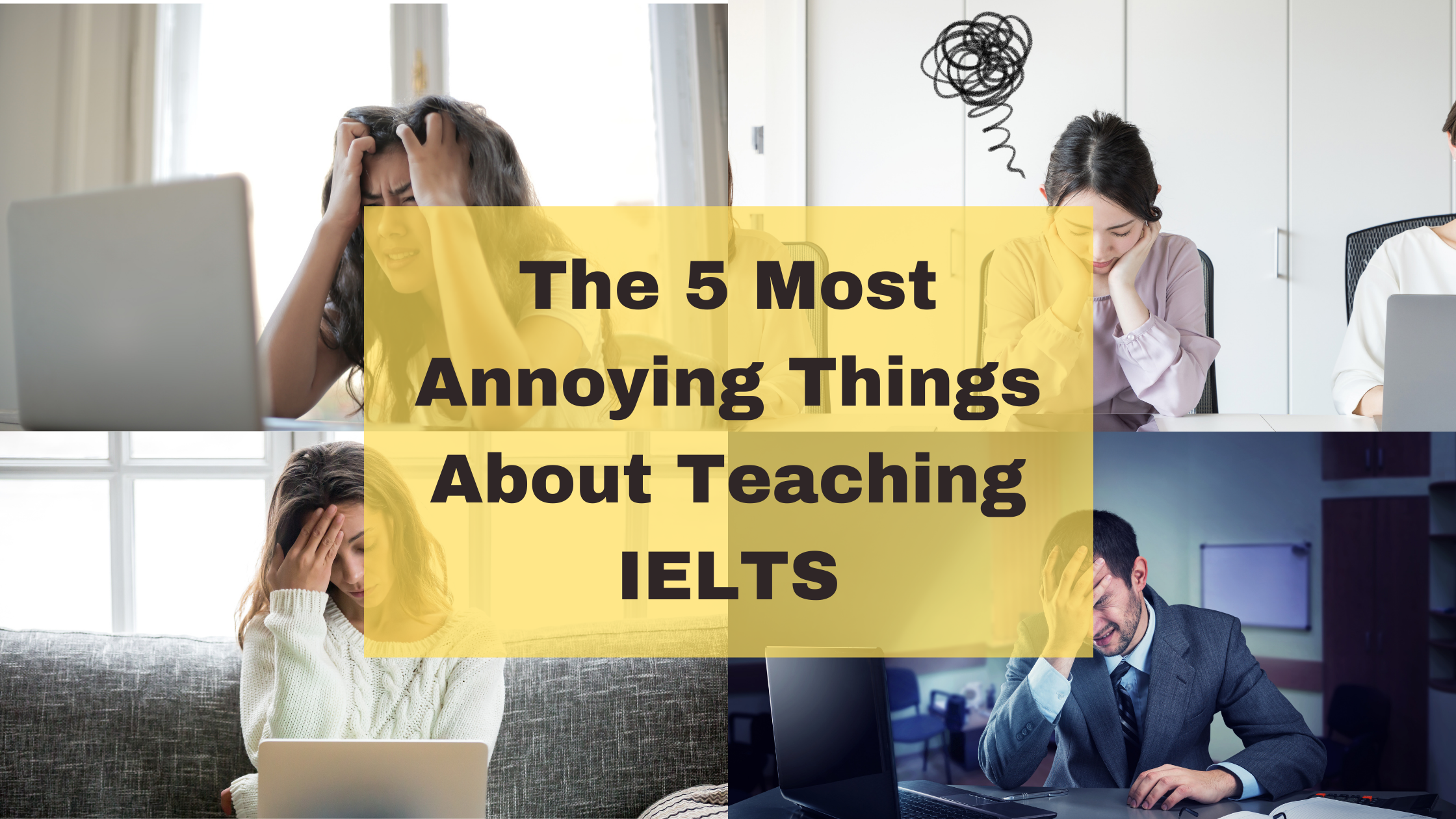 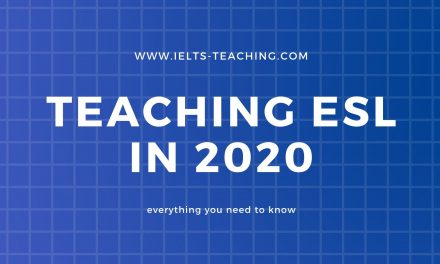 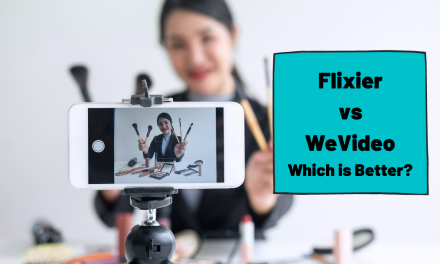